small, finely wrought portrait executed on vellum, prepared card, copper, or ivory. The name is derived from the minium, or red lead, used by the medieval illuminators. Arising from a fusion of the separate traditions of theilluminated manuscript and the medal, miniature painting flourished from the beginning of the 16th century down to the mid-19th century.

The portrait miniature, as a separate portrait enclosed in either a locket or a covered “portrait box,” is most plausibly traced to Flemish illuminators such as those of the Horenbout family. The earliest datable portrait miniatures, however, are not Flemish but French, and are all believed to have been painted by Jean Clouet at the court of Francis I. Under the patronage of King Henry VIII, Lucas Horenbout painted the first portrait miniatures recorded in England. He taught the technique to Hans Holbein the Younger, who was able to put into this small-scale work all the intensity of vision and fineness of touch apparent in his easel paintings and drawings, creating masterpieces of the then-new art form that remain unsurpassed.

Holbein inspired a long tradition of miniature painting in England. One of his pupils, Nicholas Hilliard, became the first native-born master of miniature painting in that country. He adopted the oval form, which had recently become fashionable on the continent of Europe in preference to the circular form and which remained the most popular shape until the early 19th century. Hilliard served as miniature painter to Queen Elizabeth I for more than 30 years. His chief pupil, Isaac Oliver, was a more technically sophisticated artist who became the chief miniaturist during the reign of King James I (1603–25). Oliver’s pupil, Samuel Cooper, earned a preeminent reputation in Europe by his presentation of character and tight, effective brushwork.

Early miniaturists had painted in watercolour and gouache (opaque watercolour) on vellum or prepared paper. The technique of painting miniatures in enamel on a metal surface was introduced in France in the 17th century and perfected by Jean Petitot. About 1700 the Italian painter Rosalba Carriera introduced the use of ivory as a ground that could provide a luminous, glowing surface for transparent pigments and heighten their effect. This technical innovation stimulated a great revival of miniature painting in the second half of the 18th century. The chief European miniaturists of the period were Peter Adolf Hall and Niclas Lafrensen in France and Jeremiah Meyer, Richard Cosway, Ozias Humphrey, and John Smart in England.

In the early 19th century, French miniaturists such as J.B. Isabey were influenced by the easel portraits of Jacques-Louis David. Miniature portraits continued to be painted in the following decades, but they remained an expensive luxury. Inexpensive black-and-white portraits in the new medium of photography made painted miniatures obsolete in the second half of the century.

Written by: The Editors of Encyclopædia Britannica

What is Miniature Painting?

As an artist, Rebecca Latham as well as her mother, Karen, and sister, Bonnie, strive for detail in their painting.  Studying with a Flemish master, they have developed their styles for painting extreme realism.  Their works, both large and small, are painted “in miniature”. 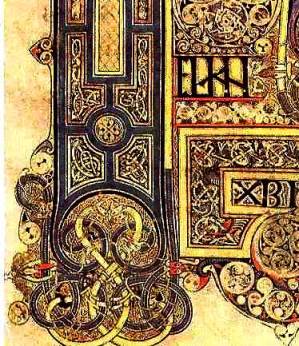 Miniature painting is a traditional style of art that is very detailed, often referred to as painting or working “in miniature”.  Because of their origins as illuminations, they are also painted to have as smooth of a surface as possible.  (it is also suggested that miniature art may have been influenced by the medals of ancient Rome as well)  Miniature art can be traced back to ancient Egyptian manuscripts on papyrus scrolls.  Monks are also often highlighted for their contributions to early miniature painting with their beautifully illuminated manuscripts such as the Celtic Book of Kells and England’s Lindisfarne Gospels (both of which measure around 9″ x 12″).  Some early manuscripts contain miniature paintings on their pages that depict beautiful arrangements of life sized flower arrangements on their borders.  The history of miniature painting is also seen throughout the world in various other cultures.
Miniature painting began out of necessity for illustrating documents and manuscripts to aid those reading them during a time when many were not able to, before printing was invented.  The miniature helped to convey the story and meaning of the written word.  Therefore, the art of miniature painting is directly connected to the book arts.  The various sized illuminations (pictures) were cut out of these books or documents so that they could be carried more easily.  Later, developing from the carried miniature, portrait miniature artists were commissioned

to paint small portraits – paintings that were used as we use wallet sized photographs today. These sizes of miniature paintings became popular with collectors and are often referred to as “hand held miniatures”.   Portrait miniatures were painted in larger sizes as well, for example master miniaturist, Nicholas Hilliard, Peter Oliver, and Sir Charles William Ross all painted works that were of a larger size.Sizes
Miniature painting is sometimes confused and assumed that the pieces must be small or depict subjects on a smaller scale to be considered miniature art, though this is not the case.  It is helpful to keep in mind that the origins of the term “miniature” have nothing to do with a size.  The word miniature comes from the terms ‘minium’ (used for the red lead paint used in illuminated manuscripts) and ‘miniare’ (Latin for ‘to color with red lead’).Miniature painting is a style and technique of painting, and as such, a wall sized work could be painted “in miniature”.  Authors of the Yale University Press publication, “The English

Miniature” have stated that miniatures have been painted large and some works are even considered to be gigantic.  Numerous faculty members of the Victoria & Albert Museum in London confirm that miniature paintings are not restricted to smallness.  Larger sized miniature paintings are documented throughout history and are recognized today, though painting larger works in miniature is more difficult and time consuming than a smaller piece if the same attention to detail is observed.  Miniature art is also unique in that it was and is often used on objects, such as the Russian lacquer boxes that are beautiful examples of Russian miniature painting.

Exhibitions
Today, there are miniature art societies in western society to help promote and preserve traditional miniature art and the “spirit of miniature”. 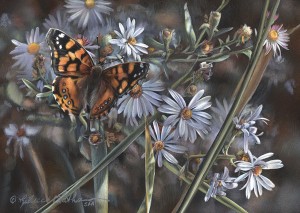 Their exhibitions feature the hand held miniature paintings (or sculptures) and each exhibition has its own unique guidelines and rules for artists showing in their exhibit.  Some of these rules limit the size of work to be no larger than a set square inch. Others limit the size of a subject, such at the 1/6th scale rule that a subject may not be painted larger than 1/6th of it’s natural size, or the 2” rule, that an object in the painting may not exceed 2”.  Scale rules were initially put in place as a guide for artists starting out in miniature art.  There are also many framing restrictions for society miniature works as well.  All of these rules are put into place by each show for their own individual and unique exhibitions, and do not define what miniature art is. 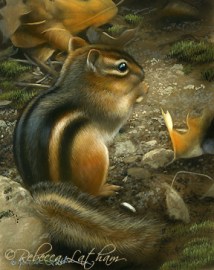 Artists painting miniatures throughout history were not restricted in their artwork by scale as their subjects were painted to any measurement or scale that the artist deemed pleasing to the eye and their patrons, for both manuscripts and other miniatures.  Subjects that are naturally small in size, such as butterflies and insects, were painted life sized.  Thus the 1/6th scale rule that is used by some shows and societies today unfortunately causes a bit of confusion to those new to the art form who commonly assume that is it a part of a mechanical criteria of the miniature’s definition.  The world’s experts in miniatures do not recognize the rule as legitimate, and view those embracing it as unknowledgeable, and dismiss them.

“….being fittest for that decking of princes’ books, or put into jewels of gold, for the imitation of the purest flowers and most beautiful creatures in the finest and purest colors…” — Nicholas Hilliard addressing miniature painting (c. 1600)

The term “miniature”, as it addresses miniature painting, is often confused with “miniaturize” and some miniature art exhibitions do not refer to miniature as it’s initial meaning of techniques, but rather the size of the painting (miniaturized painting).  They are two very separate descriptions. 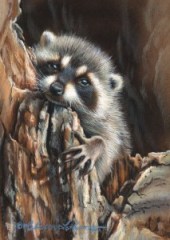 Miniature painting is an art form that is very rich in history that continues today by artists from around the globe.  The beautiful ornamental qualities of the miniature should be preserved whether it be the intricate large pieces, or intimate hand held works.

Many thanks to Joan Willies RMS, the Victoria & Albert Museum, & Patrick Noon.

From the author,
My family and I studied the miniature techniques that I use in my artwork from an artist from Europe, Carl Brenders, painting in a traditional Flemish style of watercolor that is similar to work by miniature artists who painted using Flemish techniques in the early centuries.  I have also been generously mentored by an author and columnist of miniature art, Joan Willies, RMS, a practicing miniature artist as well as a student of it’s history for 60 years.

Article written by Rebecca Latham.  Images contained are copyright the artist or in the public domain.

The arts, also called fine arts, modes of expression that use skill or imagination in the creation of aesthetic objects, environments, or experiences that can be shared with others.

The arts are treated in a number of articles. For general discussions of the foundations, principles, practice, and character of the arts, see aesthetics. For the technical and theoretical aspects of several arts, see architecture, calligraphy, dance, drawing, literature, motion picture, music, painting,photography, printmaking, sculpture, and theatre. See also the historical discussions in history of the motion picture and history of photography.